HuffPost-Apocalypse aims to investigate what an apocalypse would mean for humanity, how we can best delay the end of the world, what the world will look like after we’re gone and what the best viable options for survival will be for anyone left.

The Apocalypse May Mean The End Of Us But Is That Really A Bad Thing? 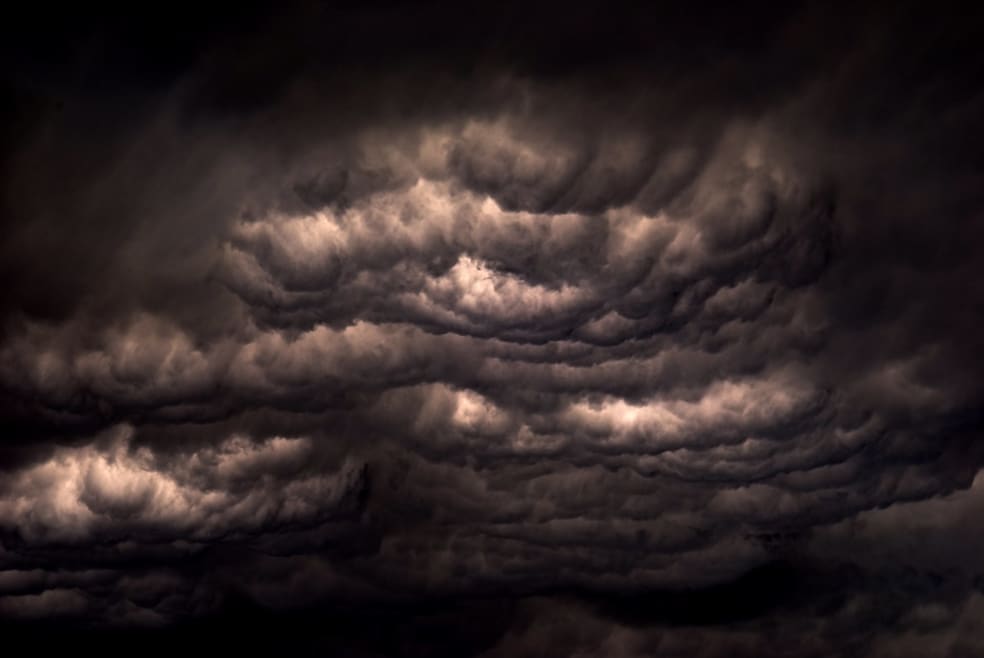 Suppose something nasty happened today. An asteroid strike. A global pandemic. A nuclear war. AI goes rogue. We all die. Fine, dying is bad for us. But tomorrow, we're all dead. Beingdead can't be bad for us. At that point, there's no 'us' for anything to be bad for.

Want To Know What The End Of The World Looks Like? Look On Your Bookshelf

Kanta Dihal, Postdoctoral Research Associate and Research Project Coordinator of the Leverhulme Centre for the Future of Intelligence 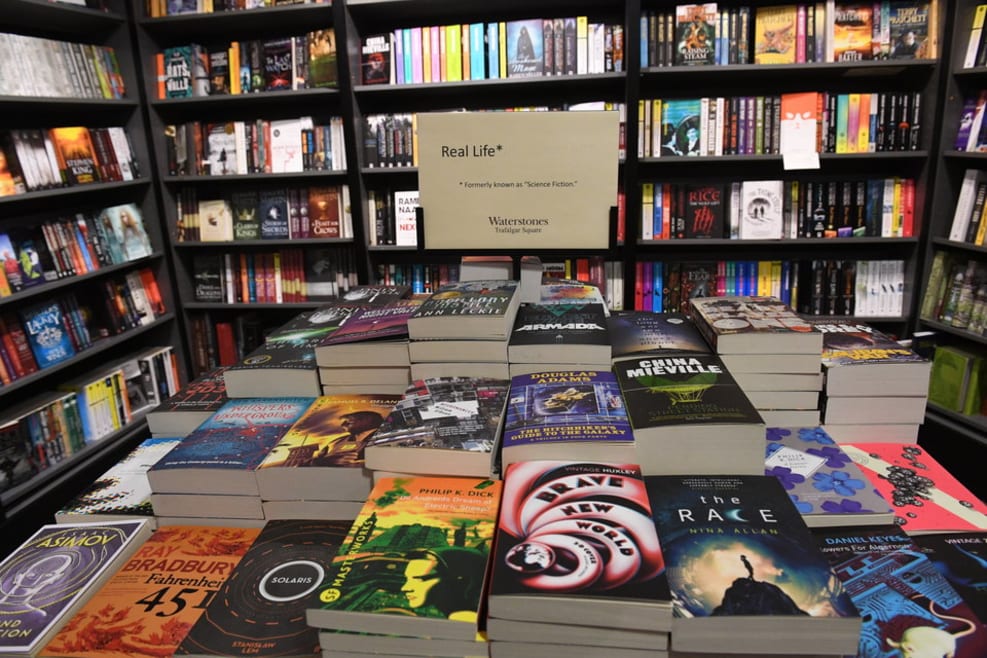 If you want to prepare for the end of the world as we know it, there is no shortage of fiction to help you on your way. From zombies to nuclear winter to global warming, science fiction has been amazingly creative in exploring the possible ways in which we could all die in gruesome ways. Disturbing? Perhaps. But what should really worry you is that if you look closely, the apocalypse is not only often entirely our own fault, but is frequently even depicted as a good thing. For everything and everyone except humankind, of course.

Dr. David Denkenberger, Co-founder of the ALLiance to Feed the Earth in Disasters (ALLFED) 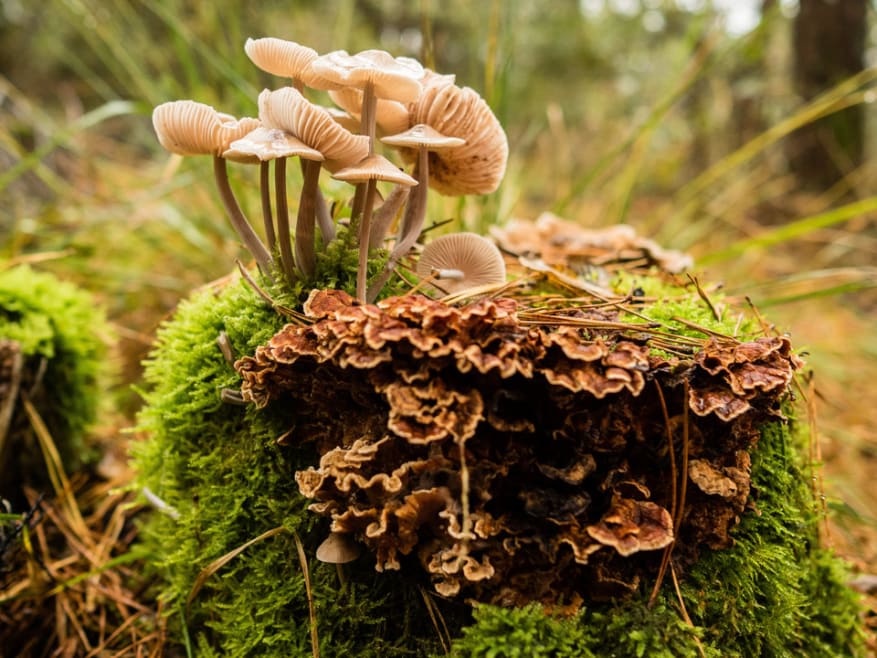 So the bigger question is: can we prepare in advance so that we minimise famine? I argue that, again, the answer is yes.

We currently only have a few months of food storage globally. To store enough food for all seven billion people for five years would require barrels of food stacked from the Earth to the moon and back... 40 times! And it would cost more than $10 trillion. Instead of relying on food storage, we need to implement plans that would ensure alternative food production if current agriculture methods fail.

What Hope Do Planets Outside Of Our Solar System Offer For Those Facing The End Of The World? 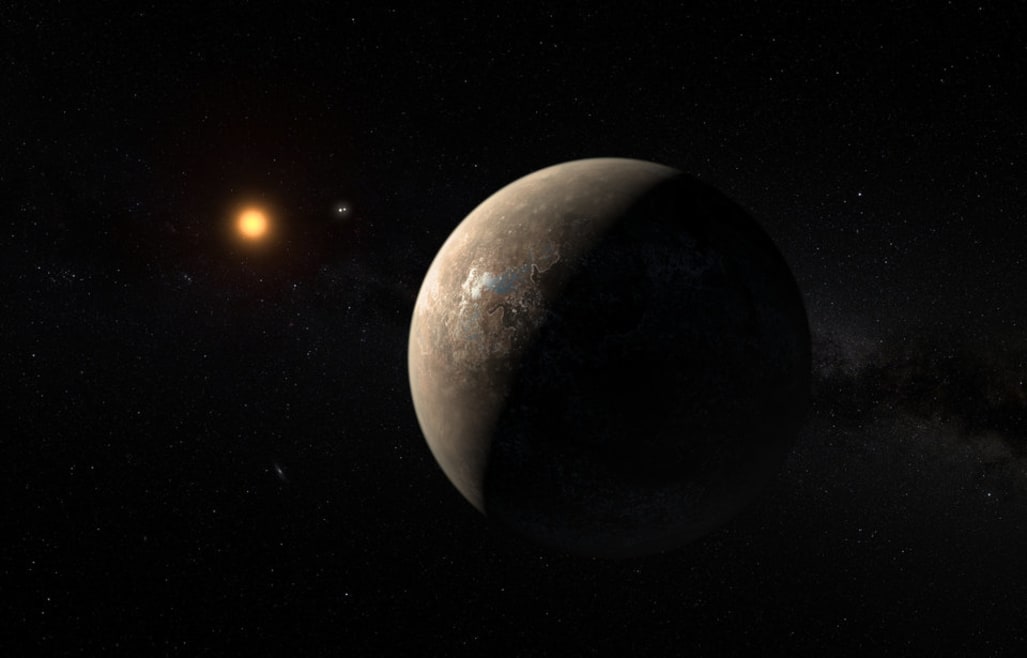 Well, alright, I should come clean I suppose. The apocalypse would indeed be pretty bad news for almost all of us, and quite possibly for every single last one of us. Definitely, my Plan A would be to avoid the apocalypse if at all possible. Trying to duck the killer asteroid, or swim above the nanotech grey goo. Or despairing that "OK Google, ask my robot to stop trying to take over the world" no longer seems to work. The apocalypse really doesn't sound like a lot of fun. But, if it is going to happen, is there a Plan B? 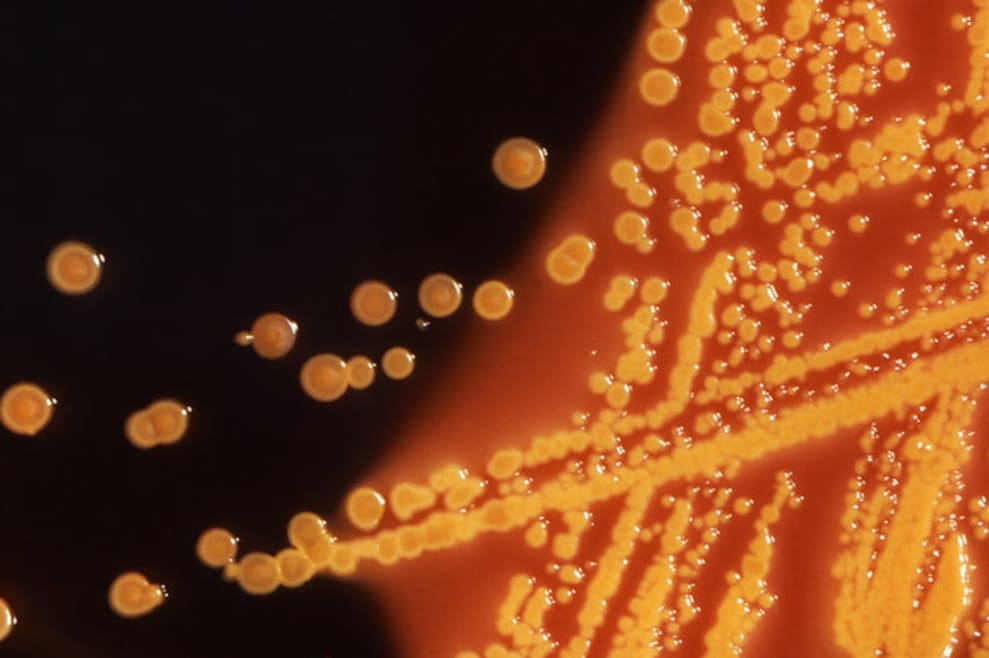 To paint a picture of a post-antibiotic apocalypse, it is necessary to understand the history.

We do not need to go back far—just to the beginning of the last century, before the discovery of our miracle drugs, antibiotics, along with preventative vaccines.

Before these truly revolutionary medical leaps, life was very different. Infections regularly killed or caused significant disabilities, many of the operations we now consider routine did not exist and the powerful drugs we use to treat cancer were unthinkable.

Avoid The End Of The World By Watching The Sky 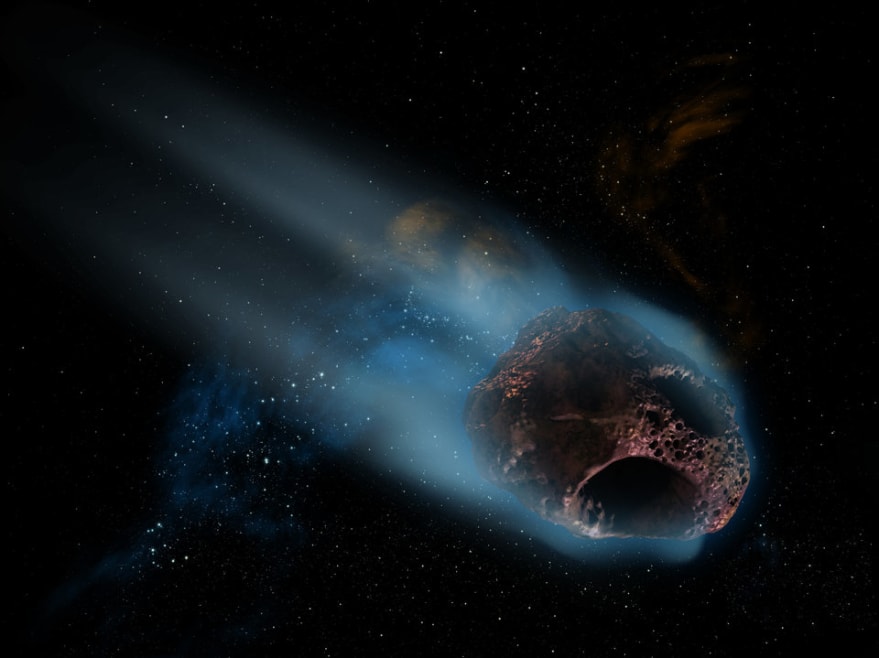 We live in a fruitful and abundant world that seems custom-designed for our physical and spiritual needs. It was not always so. Did the dinosaurs feel the same sense of security and belonging on the planet that had nurtured their own existence? Did they ever look up in reptilian wonder? If so, they saw points of light—the stars. Maybe they noticed some that wandered through the heavens on their own paths. In the final millennia of the dinosaurs' existence, their birdlike brains might have noticed one shiny object that occasionally burned very bright as it passed near the Earth. 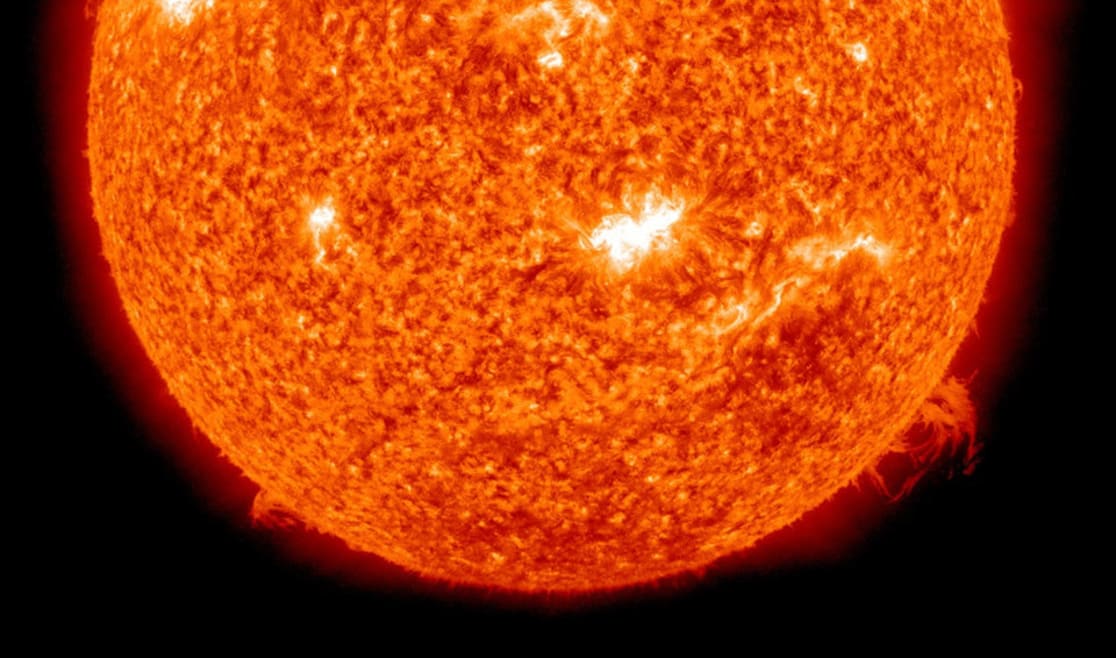 Imagine the worst thing that could happen to us and Earth. Perhaps you think of a global catastrophe, or pandemic diseases? Maybe it's nuclear destruction, global wars or global warming? As an astronomer I have my own favourite hypothetical scenarios, with Earth facing a cosmic dangers from the depth of space. Even though they might not all wipe us out, they for definitely cause us a great deal of harm and trouble.

Without Insects We Are Absolutely Helpless 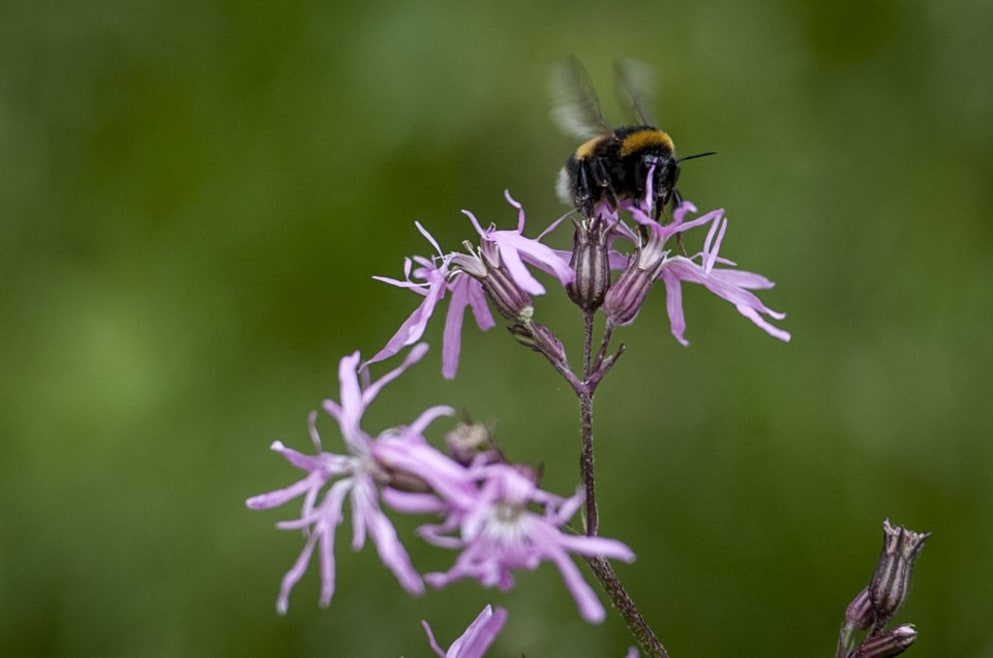 At any time it is estimated that there are some 10 quintillion individual insects alive. If you want to picture what this looks like, it's a lot of zeros 10,000,000,000,000,000,000. And all the while that vast number is pollinating our crops, enriching and aerating our soils, and decomposing our waste. So what would happen if all of this actually stopped tomorrow – would we be celebrating the end to all insect-borne diseases, or rushing headlong into ecological Armageddon?

The Burger Apocalypse Is Coming 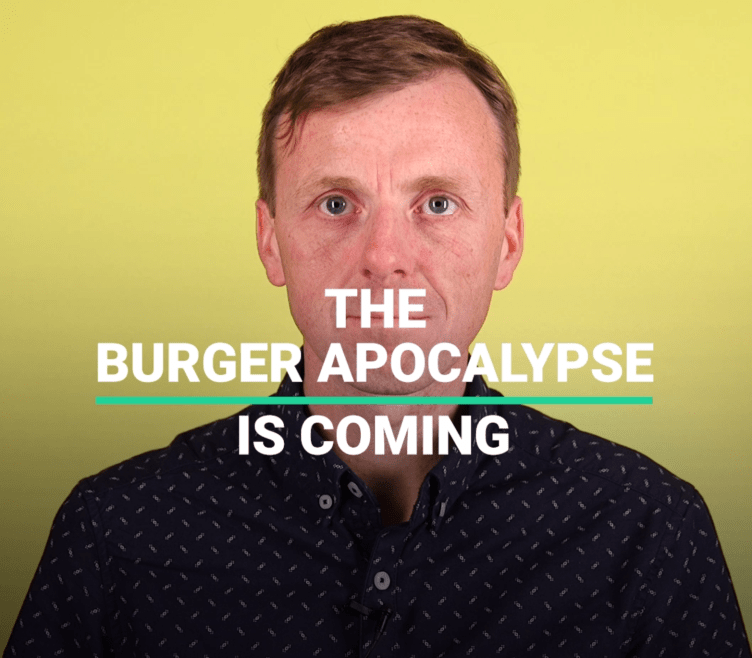 The Burger Apocalypse may sound like a joke but it's actually a very real threat. Did you know that cows are the leading cause of deforestation? Or that they are driving other species towards extinction? In this vlog for HuffPost-Apocalypse, Dr Tony Curran discusses the impact that our meat consumption is having on our environment and how it may lead to our demise.

Geoengineering Is A Very, Very Bad Idea – But Here’s Why We May Have To Do It Anyway

Simon Beard, Research Associate at the Centre for the Study of Existential Risk, University of Cambridge 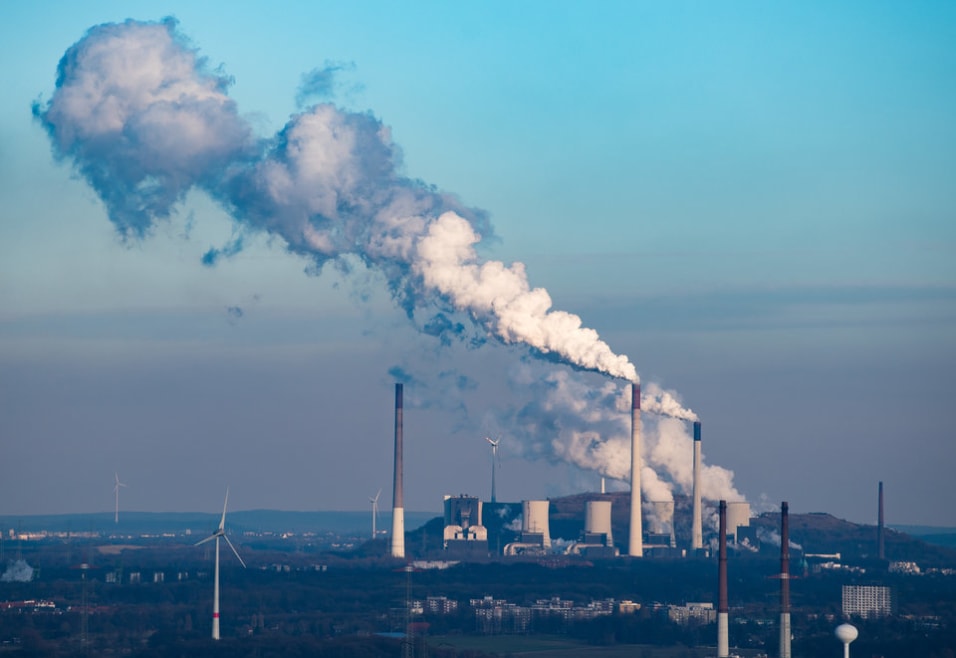 Human beings are responsible changing Earth's climate – and that is a bad thing – both for us and the planet. However, in a curious sense, it's also good. Many species have faced extinction in the past from naturally occurring climate changes that they were powerless to avoid. However, as the first species in Earth's history to be intentionally bringing about its own destruction, homo sapiens are also the first species that could save itself.

To put it another way, anyone who insists that our changing climate is the result of natural processes is not only factually mistaken, they are underestimating just how powerful humanity has become, and in doing so are throwing away our best chance of getting out of this mess.

Clearly, one way to do this is drastically cutting our greenhouse gas emissions to allow the Earth's climate systems to return to a sustainable equilibrium. While some greenhouse gasses remain in the atmosphere for millennia, others (including methane and hydrochlorofluorocarbons) are more quickly reabsorbed. 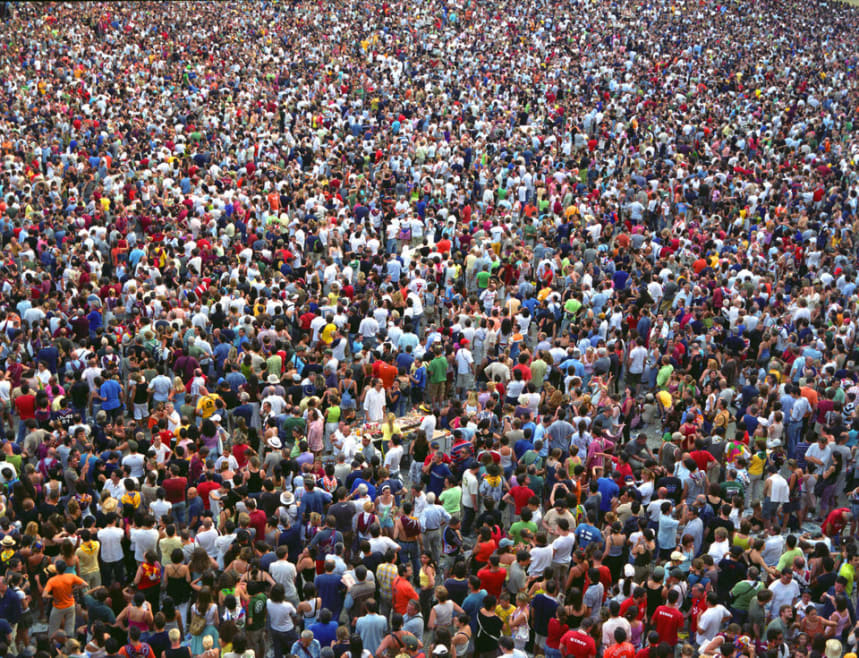 Like all animals, we ultimately depend on natural resources. There is only so much arable land around the world, and only so much edible matter that plants can produce even with the best conditions. We have been using a suite of very useful technological hacks - fertilisers, high-yield crop strains, pesticides, and irrigation - to extract far more food than can be produced with natural sources of plant nutrition. Even then, there are limits, and those limits are shrinking, not rising. The same intensive farming that has allowed our enormous population to fill their bellies is damaging our ability to grow food, by degrading and depleting already scarce soil and water resources and by contributing about 25% of total greenhouse gas emissions. The FAO estimates that soil erosion alone is knocking off 0.3% of annual crop yield each year; at this rate, we will have lost 10% of soil productivity by 2050. Global warming is expected to knock off an additional 10% during that time. A 20% drop in productivity may sound manageable, but let us not forget: by then, we will have two billion more mouths to feed, equivalent to the entire global population when David Attenborough was an infant.

This Is What Super-Volcanoes Mean For The Future Of Humanity

Stephen Sparks, Professor of Geology in the School of Earth Sciences at Bristol University 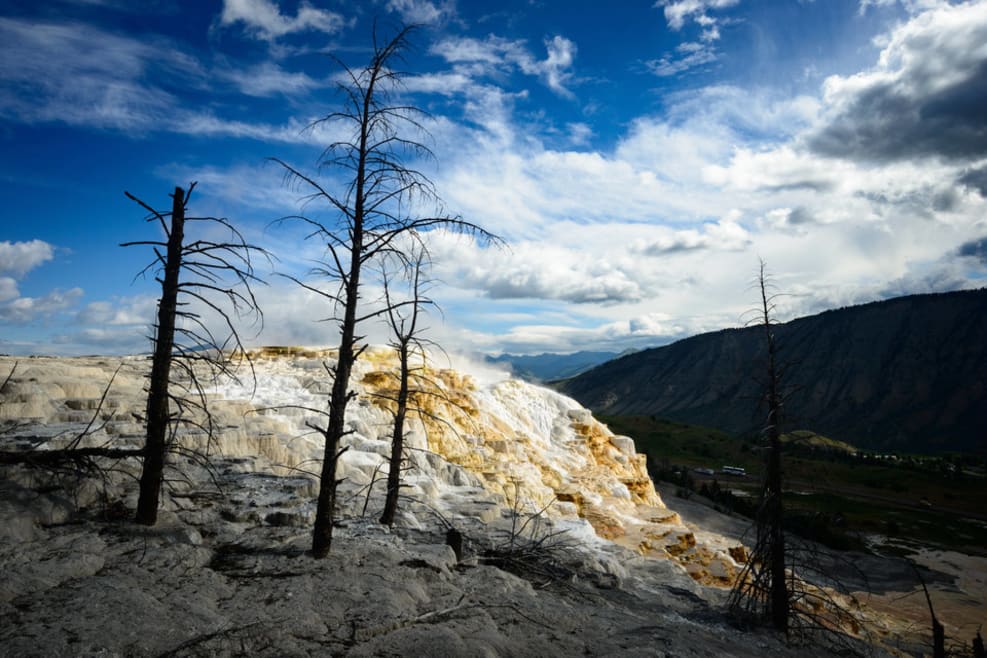 In the last several years I have been working with colleagues around the world to make a database of the size of volcanic eruptions and their age. This database has allowed colleagues and I at Bristol University to estimate how frequently super-eruptions happen. Our best estimate is about every 17,000 years and the last known one was around 26,000 years ago in New Zealand. This does not mean, however, that one is imminent as the 17,000 years figure is just the average, so gaps between super-eruptions can be much greater than 20,000 years.

Where will the next one be? In the last few million years super-eruptions have happened in many countries, including the USA, Mexico, Chile, Bolivia, Japan, Indonesia, Turkey and New Zealand.

What Will Happen When The Seas Rise And The Rivers Dry Up? 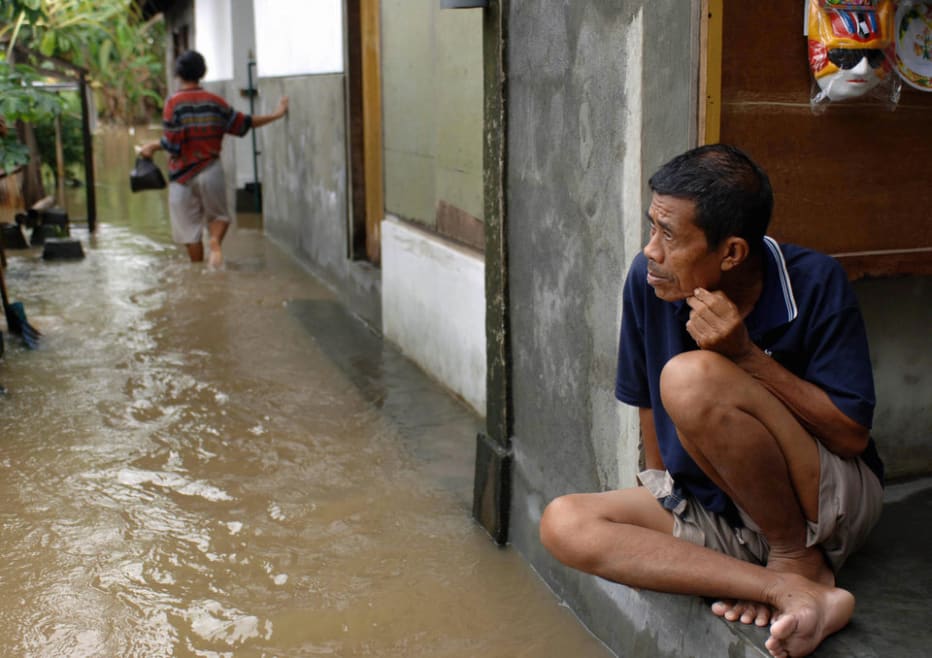 If someone mentions Bali, you think of paradise, right? Well, it is. Beautiful beaches, luxury villas, scenic countryside. But it's also home to 4.2 million people, more than twice the amount of people living in Paris. Bali is an island, one of over 13,000 islands that make up Indonesia, the fourth most populated country in the world and one that will arguably feel the most profound effects of rising sea levels due to climate change.

When I was in Bali in late 2017, I was admittedly shocked to see that despite the posh resort accommodations for tourists, the island didn't have great infrastructure. Piles of rubbish in the streets were often burning, narrow roadways made travel long and slow-going, and locals' homes were modest despite the economic boom from tourism. It made me question how the island, how the country of Indonesia, would cope with natural disaster or rising sea levels. How is the whole world going to cope?

This Is What Earth Could Look Like After A Nuclear Attack 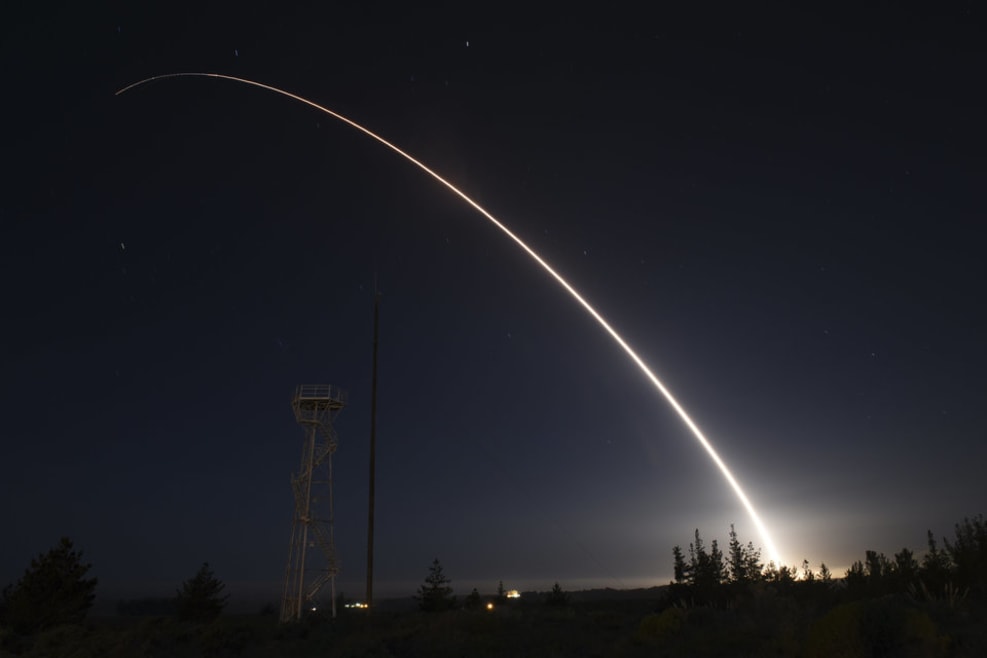 The use of a nuclear warhead causes a series of severe impacts: Intense nuclear radiation and a blinding flash of light much brighter than the sun; a fierce fireball lasting several seconds; an intense blast wave; minutes or hours later, large-scale deposition of radioactive particles as fallout.

Survivors of the bombs dropped over Japan at the end of World War 2 speak of a bright sunlit day plunged into darkness as black oily rain fell. Dead figures, charred black still standing. Burned and terminally injured survivors, their skin hanging off; eyes and other internal organs hanging out of their bodies. Cars and vehicles tossed like toys, strong structures reduced to piles of rubble. Huge fires.

What To Do If You're Facing The End Of The World

Prof. Lewis Dartnell, Astrobiology researcher based at the University of Westminster 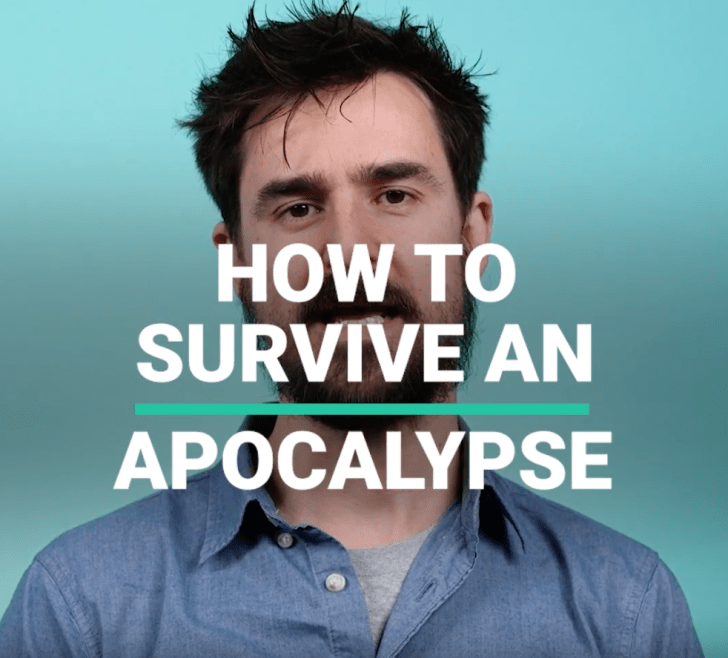 In this vlog for HuffPost-Apocalypse, astrobiologist and author of The Knowledge: How To Rebuild Our World From Scratch, Lewis Dartnell discusses what you should do if you find yourself facing the end of the world. In order to have the best chance of survival, Lewis poses that you should get out of the city, find a water source and grab yourself a golf cart.

Ever Wondered How The World Might End? Us Too 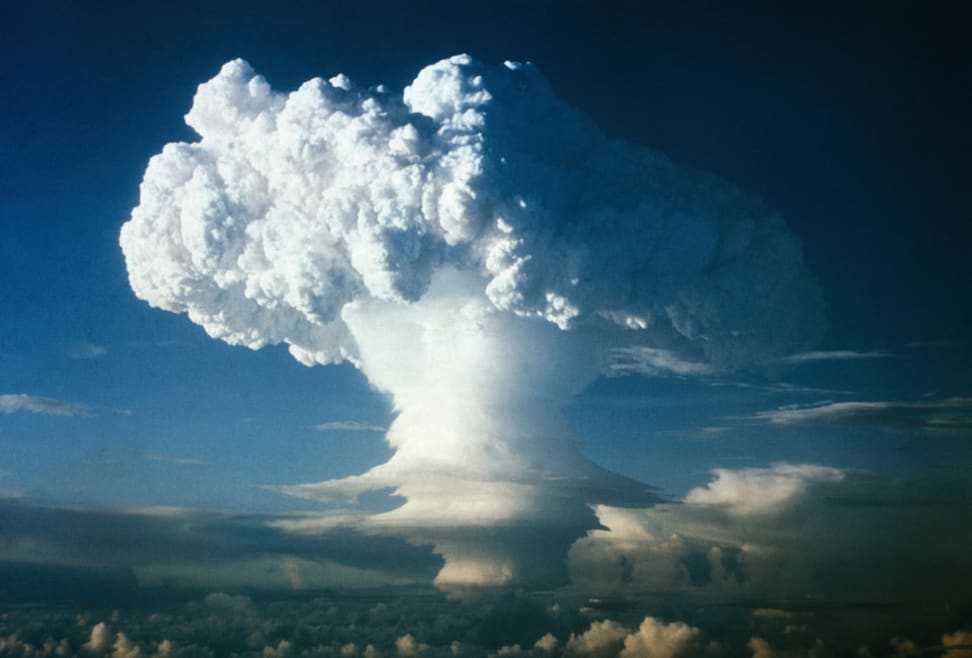 I listened to a podcast recently in which one of the interviewees said that "every generation assumes that the world will end in their lifetime", and I completely agree. It has been suggested that this is because each generation wants to believe they are special; they don't like to acknowledge that life will go on after they're gone. While I can see some truth behind this theory, it's also hard not to be terrified of all the things that could wipe us out because there are so many... and they're only increasing.

But you know what? It's actually quite comforting to understand the threats we face. That's why this week HuffPost UK will be taking a deeper look at some of the threats to human existence, why they might happen, and how we can survive afterward.